A Comprehensive and Honest Guide to Hypnosis & Suggestion

Your magic, mentalism and hypnosis will change forever!

You are about to discover this revolutionary system that will make hypnosis so easy that you’ll wonder why you took so long to do it!
It will not only explain the mechanics BUT what’s really going on so that YOU can perform with TOTAL confidence.
This system gives you the tools to create powerful hypnotic phenomena for stage and close up as well as the knowledge to enhance all of your performances!

Like most people who learn hypnosis Danny and I struggled to make it work reliably following the classical approaches.

Following a spectacular #epicfail one night when a girl exclaimed “Sorry! It's not working" after being given the sleep suggestion, Danny and I spent a lot of energy, time and money searching for the ‘magic’ technique yet still constantly faced failure when subjects refused to ‘go under’.

For years we studied and practiced hypnosis but never quite felt comfortable with the way it was explained. All the rituals seemed a little silly and never really explained what was happening. All the talk of putting people to sleep and entering their subconscious mind seemed, well, far fetched.

Even when it worked (which it did!) we had a feeling that people were just "playing along”. The difference in reactions was vast, so merely saying ‘some people can’t be hypnotised’ felt like a weak cop-out. We wanted… needed something much easier to understand.

So, after years of experimenting and studying we realised we were doing it all wrong!

This revolutionary system freed us from the rules and constraints of classical hypnosis and allowed us to focus on what was really guiding their imagination…. Belief.

From this we created Reality Bending: an omni-comprehensive online course on hypnosis and the power of suggestion

In this online training (nothing to ship, nothing to download) we will destroy the myths and kill the demons leaving you with a clear understanding of what's really going on so that you can create dramatic suggestions without the need to dress as a Svengali or… a jerk!

No rules, no conditions. When you remove the rituals you realise that ANYONE CAN BE HYPNOTISED.

You will learn all the ingredients that are you needed elicit an hypnotic response, so that you can create your own inductions from scratch or and throw away the inductions altogether and jump straight into the fun 😁

Here's what you'll learn inside the coure

This is THE most revolutionary course on hypnosis and suggestion, but you don't have to take my word for it. POWA is renowned to ALWAYS stand by their unbeatable, never-before-seen in magic, 100%, 7-day, no-question-asked guarantee. If, for whatever reason you decide this course isn't for you, you can send an email in 7 days to our lovely support team asking for a complete refund! 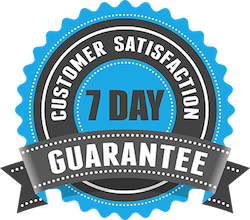 "Finally a lecture that can help you lose those shakes, dare to be bolder and get you hypnotizing within hours! You read that right folks, this material doesn't just apply to hypnosis! The confidence building tips and model for thinking is the ultimate antidote to fear while performing. Highly recommended and you'll thank me later! "

"If you’re looking for a reputable hypnosis and suggestion masterclass taught by a working professional from the entertainment industry, which is solid and comprehensive yet is flexible enough to bend to your time… this series of online tutorials from POWA Academy may just be that holy grail you’re looking for."

"Reality Bending is really beautifully well put together, it doesn't only just help with mind reading but it also helps you improve your magic going into effects with a more deceptive attitude towards your audience."

"This is next level, amazing material. I'd go so far as to say it's a cut above anything anyone's ever done with hypnosis. Again, with POWA courses you have great material that is presented in easily digestible bits."